Today some pupils in the class made fantastic presentations about their ancestors and their achievements. Liam told us about one of his ancestors who has a street named after him in Montreal, Rue Dowd! Kalum mentioned a curious accident which a relative of his was involved in. Roan told us about his grandfather who won an All Ireland medal and Maithiú told us about one of his ancestors who helped build a winding staircase in the Whitehouse in Washington. This proves how our own family history can be absolutely fascinating! 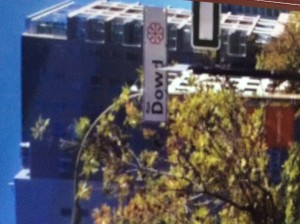 A picture of Dowd street who is named after Liam’s ancestor!

Esperanza Rising
I really like this book! 'Mazing ya'll

Island of the Blue Dolphins
My class and I spent so long reading this book but...

Esperanza Rising
I read this when I was in 4th grade, It's one...

Hamilton and Peggy!: A Revolutionary Friendship
Love this book so much!!! Written beautifully with...

Wonder
Auggie Pullman is many things, but he's not b...